What is the Gospel?

It can be summarized in a sentence: The Gospel is the good news that Jesus Christ – who alone is the righteous Son of God – died and rose again for our sins; so that there is no longer any condemnation for 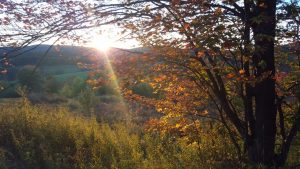 those who believe, but only eternal life.

And Jesus Christ said to them, “Go into all the world and preach the Gospel to all creation.” (Mark 16:16).

Why is the Gospel Good News?

We will not be able to understand how good and precious the message of the Gospel is if we do not understand how hopeless our situation is without this message.

All people are sinners. We are sinners because we have inherited a sin nature from Adam and also because we sin daily. Therefore, the holy and just God must punish sinners and he punishes people with eternal death for what they have done. The absolutely righteous Lord cannot allow to stand in his glorious presence the smallest unrighteousness, any rebellion, the smallest amount of unbelief about his existence, the tiniest lie, the slightest theft, or even the least amount of wickedness in our lives. Because he is the Lord who is everywhere present, no one can hide himself, nor conceal his sins, from the presence of this righteous God.  That is our hopeless and desperate condition when we do not know the Gospel – the Good News of Jesus Christ.

For all have sinned and fall short of the glory of God (Romans 3:23).

It is precisely people who are in this situation who ought to hear the good news that God is merciful and frees us from this condition. This he does through his Son, Jesus Christ. The eternal Son became man and lived as a man, exactly like us. But he never sinned nor committed the slightest offense against the law of God. Therefore, in the Bible it is said that he is the one and only righteous one.

For our sake he made him to be sin who knew no sin, so that in him we might become the righteousness of God (2 Corinthians 5:21).

Nevertheless, Christ was condemned by men as a common criminal and executed on the cross. He died under the open ridicule and mockery of an onlooking crowd. Finally, he was buried by some friends. Before his death, Jesus said that he would freely lay down his life to save people from death who stand under the punishment of God because of their sins. He has done exactly that on the cross. According to the will of God, he took upon himself the penalty which others deserve.

God shows his love for us in that while we were still sinners, Christ died for us (Romans 5:8).

On the third day, Christ was raised again. God the Father called him back to life. By this he has overcome and defeated sin and death, the final enemy of life. At last, he was taken up into heaven before the eyes of those who had accompanied him before his death. Now, there is nothing that can separate him from his heavenly Father. Since that time, Christ is with his Father in heaven. As he has promised, he will come again to bring to himself all those who are trusting that he has taken upon himself their punishment. They will live with him forever in joy and peace.

Is the Gospel Good News for Me?

God calls all men everywhere, who realize they are sinners, to call upon him for help. Tell him that you have sinned and deserve his punishment.  Say to him that you acknowledge his Son as the only Savior and ask him for forgiveness. The God who is everywhere and who is faithful will hear this prayer and fulfill the promise of the Gospel in you.

If you confess with your mouth that Jesus is Lord and believe in your heart that God raised him from the dead, you will be saved (Romans 10:9).

The above is a translation and adaptation of the Gospel message on the website for the Evangelical Reformed Church. Used with permission.